I’ve had to keep this under wraps for TEN DAYS and I am SO relieved my vow of silence is FINALLY over!

We had the extreme pleasure and privilege of getting a sneak peek at the new Disney Junior show in Disney’s California Adventure Park last week. It opens to the public… well, right now, actually… as I type this, the first set of public guests are headed in to see the show for the first time!

Since I know many of you were upset by the change, I thought I’d do my best to reassure you… this new show is going to knock those little ruffle socks right off your mini-me’s and have them begging to go back again and again! How do I know? Because that’s exactly what happened!

I have no doubts about it at this point – this show is a winner and I want to share with you all my reasons why!

As many parents were up in arms when it was announced that our Disney Junior show would be leaving, I have to say, I was secretly okay with it. I mean, yeah – it was cute and the puppets were neat, but… meh. The constant same-ness wasn’t magical after a while. It also had a quiet tone, one that didn’t allow preschoolers to actually act like preschoolers. It was only mildly engaging and the show never really connected with the kids after the first few times we saw it. It was like watching a tv show and eventually, they’d get bored half way through. They wanted to get up, move around, and it was a fight to get them to want to pay attention, so we stopped going. I mean, honestly – you know it’s bad when the five year old asks for my phone to WATCH Disney Junior instead of the live stage show while they are right in front of it!

So, when they announced that the old show wasn’t just “leaving” but being replaced, I got super excited. Even more telling – when I told THEM there was a new show… they about flipped out with excitement.

So what is it all about?

It’s the “Disney Junior Dance Party!” and from the Disneyland website, we learn:

“You’ll sing, dance, catch bubbles and laugh yourself silly—plus you’ll get to see Sofia the First, Doc McStuffins and Timon in person!”

Sounds fun, right? Here’s some things that make it awesome:

First off – it is not even a tiny bit the same as the original. I mean, it’s the same stage and building, some familiar characters, but otherwise, it’s completely new. It’s loud, it’s active, it’s exciting, it’s energizing. It’s not the place to go and watch a quiet show while you nurse the baby and get a break from the heat. It’s called a DANCE PARTY and, boy, do they mean it! Your littles can go in there and actually let loose – get wild and crazy and just have a good time with their favorite, familiar characters.

It’s totally immersive and interactive in a “zero fourth wall” level, 3-dimensional-experience kind of way. There is snow, bubbles, confetti strings, falling leaves, and not just at the end, either. The DJ is awesome. She WANTS kids to touch her equipment and get involved. She asks them to dance, to get up and move, she is encouraging and engaging. She has a silly friend who makes things even more fun, as she gets the kids in the audience involved in the process of her performance. There are masks, there is video camera action, and encouragement to just let go and do whatever they want.

Don’t worry, just becuase they aren’t puppets, doesn’t mean the favorites are not there gracing both the screen and stage, along with some of the newer faces from the Disney Junior line up. They’re presented to the audience in a whole new, magical way and it totally works!

Because much of the action takes place on a screen and on stage with full-size characters, every child in the audience can see them clearly and due to the immersion aspect, they feel genuinely part of the process in getting these characters in the room. Meaning, the little shorties won’t have a problem seeing the characters and they will be even MORE excited to see them since they had a hand in getting them there!

The new experience is done in such a way that I think they COULD change out characters fairly easily, if they wanted to. Either way, I suspect that no two performances are going to be exactly alike and that is where it’s at – variety, constant movement and creativity with authentic, magical moments.

Honoring the Spirit of a Child

High energy. Exciting. Moving. Dancing. Running. Laughing. Playing. Basically, everything it is to be a kid is wrapped up in this show and not only honored but recommended. So often, as parents, we find ourselves asking our children to endure experiences that WE think they will enjoy, hoping they do, knowing they’d rather be doing something else. This show is NOT one of those. It directly speaks to small children in their language – fun, bright colors, laughter, dancing, and most importantly; the allowance to play.

Now, this wouldn’t be an honest review without some minor critiques;

While we loved the characters they chose, there were a few we’d hoped to see who weren’t to be found. We were surprised by this and I felt others were surprised, as well. Specifically, the most popular; no Elena and no PJ Masks. I assume this is due to licensing, not necessarily anyone’s specific choice, but nevertheless, I was surprised.

It may have been a wise decision to put some kind of “sensory trigger” notice somewhere for parents with children who are sensitive to sound, lights or become overly anxious in certain social situations. (I’ll be honest – maybe it was there, I just didn’t see it) Yes, I know it says “dance party” right on the door, but that doesn’t mean that a parent will be expecting a larger than life, colorful, loud and smiling stranger to rush right up to their child with a camera. It might be a good idea to just post a general notice as a head’s up. That way, the parents of these special little ones will know to stick to the middle or back of the audience so they are less likely to be put on the spot.

Let them Dance, but Keep them Close

The fact that the characters are SO engaging and encouraging can actually be a little confusing to the small ones (and from what I saw, parents, as well). One minute they are asking kids to get up and move and join them, get closer, etc., then the next, they had ushers telling kids to go back to their parents or sit down, or go behind the lines or don’t get too close to the stage. I totally get why, this is not a criticism regarding their desire to keep people safe – I totally get it. I just think there needs to be a clearer understanding for both parents and littles to know where the barriers are and, in general, a clearer understanding of what they are and are NOT allowed to do to avoid disappointment and confusion. So, parents – let them dance, just keep them close by.

That’s it. The show was stunning and we loved every minute of it. My favorite part was the spinning. (You’ll see when you get there) My daughter is almost five and absolutely believed that her spinning made the characters appear. The look on her face was the very definition of Disney magic and I literally almost cried. (Okay, fine, not almost… I totally cried.)

Here are a few photos: 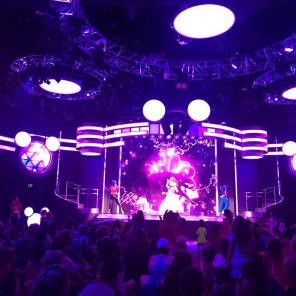 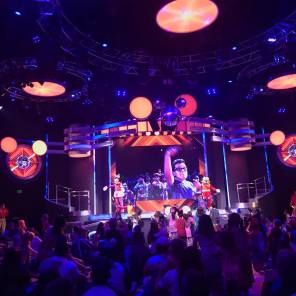 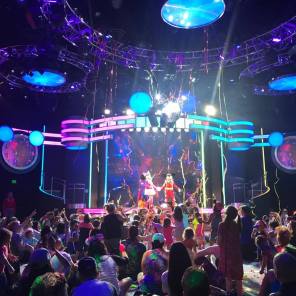 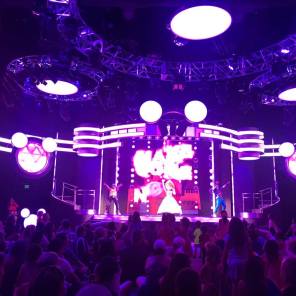 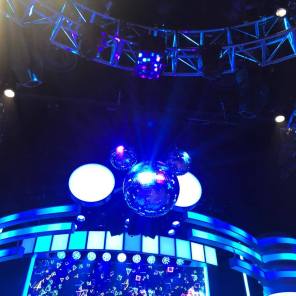 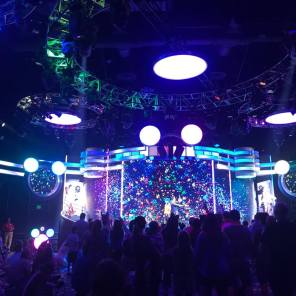 A spectacular show with fun, dancing, magic and high energy. My children (even the shy, sensory-sensitive one) left the building excited, energized, and loved it. I’m sure you will not be disappointed! 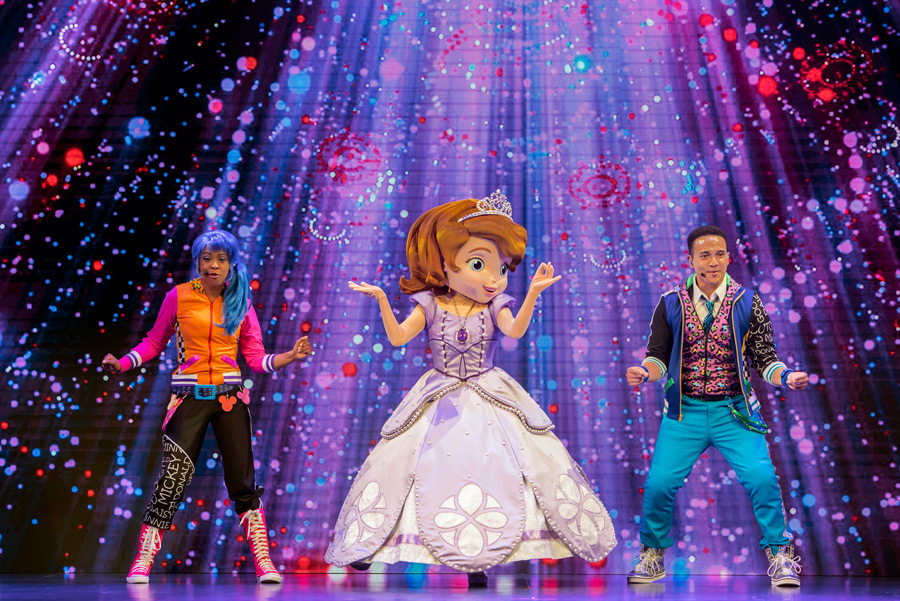