In every parent’s life, there comes a time when a mother and father must ask themselves a very hard question and then decide, for the future of their family, which choices they will make.  The choice creates a path for their family that cannot be undone.  The questions range from what age is best to which medium is used to share it.  Do you explain it, read it, watch it…?  All the while, knowing that with whatever you choose, a new path for your children will be laid before them and a new set of experiences will shape their futures.

The question seems simple but its complexity is is infinite.  The question isn’t just about age or medium or timing.  It’s about passion and how experiencing such a thing when that passion cannot be fully realized could alter perception and render children apathetic to the entire thing.

The question is important.

The question is… When do we let the kids watch Star Wars? 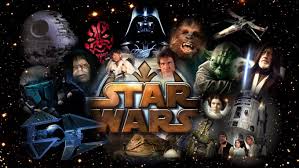 Every parent has to decide what choice works best for them and their family as a whole.  The big question for us was, do we let them in on the Anakin/Vader situation?  Can they watch Clone wars as children and not realize that eventually he will be Vader?  We, like many parents of children the same ages as ours, have already let the kids watch the Lego movies; “The Empire Strikes Out”, “The Padawan Menace” and “The Yoda Chronicles”, but we know that eventually, they’re going to figure out the connection if we keep letting them watch these movies because they give it away, right away. We know that if we want to keep the Anakin/Vader connection a secret, we will have to stop allowing them to watch these movies, and soon!  Our son is 3 1/2 and our daughter is 21 months old.  Our son is just now really understanding who these characters are, but much of the dialogue is still way over his head, so it’s okay for now… but for how long?  Is it wrong to allow that incredible “ah ha!” moment of realization that can mean so much to a young audience to happen as a nonchalant  matter of fact? 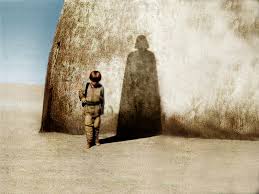 I believe most Star Wars lovers ask themselves the same question when they have children and they decide on whatever they think is best for their family, but here’s the problem;

If you decide that your children deserve to share in that incredible moment of realization, the one that will have them dumbfounded and exclaiming things like – “HOLY CRAP!! ANAKIN IS VADER!?!?!” while you proudly share the experience from the background… Well, then… that means the whole family sacrifices until they are ready to appreciate this grand experience.  That means you really can’t share much of the story at all until they are ready for that.  Personally, I believe it’s wrong to deny them that experience just because I want them to be “Star Wars” kids.  It’s pretty selfish, actually.

So, okay, not that big a deal, right?  But if you’re a Star Wars fan… I mean, a REAL fan… the going to Celebration and reading the books and the comics and collecting all the toys and playing all the games and watching the movies every year on your birthday kind of fan… asking you to stop watching Star Wars for anywhere between 5-7 years and keeping your distance from those truths, so you don’t give away the pivotal story line too soon is like asking a mermaid to move to Kansas.  It’s a sacrifice of epic proportions to ensure your children can have that experience, above and beyond the call of duty as parents.  You have to deny yourself the thing you probably love most, and deny your children from being the “cool kids” who all play with light sabers and wear Jedi costumes and attend Star Wars conventions with you so you can protect them from this truth until they are old enough to truly appreciate it.

So then, the question is not really, “when do we show them the movie”, the question is, “how long can we go without it?”  And THAT question… is harder than the first.  But… I think I have a solution. 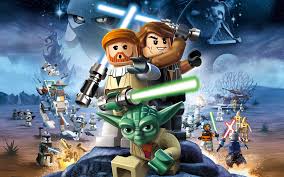 If you want to share Star Wars with them and put it on their radar, as an interest early in their toddler years, get the Lego movie, “The Yoda Chronicles”. None of the stories in this particular movie give any specific references to Anakin/Vader.  They do go over a few specifics and key characters from the original movies, but not in a spoilers kind of way, so it’s pretty safe.  Then, you can let them watch The Clone Wars.  Because this series takes place when Anakin is an apprentice and in his early years as a Jedi with his own young apprentice, there is absolutely no indication whatsoever who he is going to be one day.  Steer clear of the other two Lego movies, because they do make direct references to Vader being a Skywalker and once they figure that out, it’s all over.  Then, when you feel they are ready and you’ve waited as long as you can bear, start them with the original three movies, 4, 5 & 6, followed by 1, 2 & 3 just as we saw them.  This way, the cat is out of the bag at the appropriate time, never sooner.  Starting in chronological order gives it all away too soon, so that cannot work if you want them to experience the revelation of Vader, not to mention the Emperor, too.  Starting with the Clone Wars also presents a bit of back story so they can understand the universe on a deeper level while watching the movies.  It can help them in the long run, by introducing characters, themes, places and battles that are referenced in the 6 movies that may not be fully understood at first go around.

So that’s my advice on this very difficult parenting question.

When did YOU let your kids watch Star Wars?  Did you get to see them experience this moment?  Did you keep it a secret until they were older?  If not, do you think it impacted how they view the series?  Do you think they have the passion for it that they would have, if you had waited?